Billie Jean (back right) attending the ribbon-cutting dedication at Wiebe Education Center, Jan. 14, 1990. She is seen standing behind Pacific College President Richard Kriegbaum, who is cutting the ribbon. 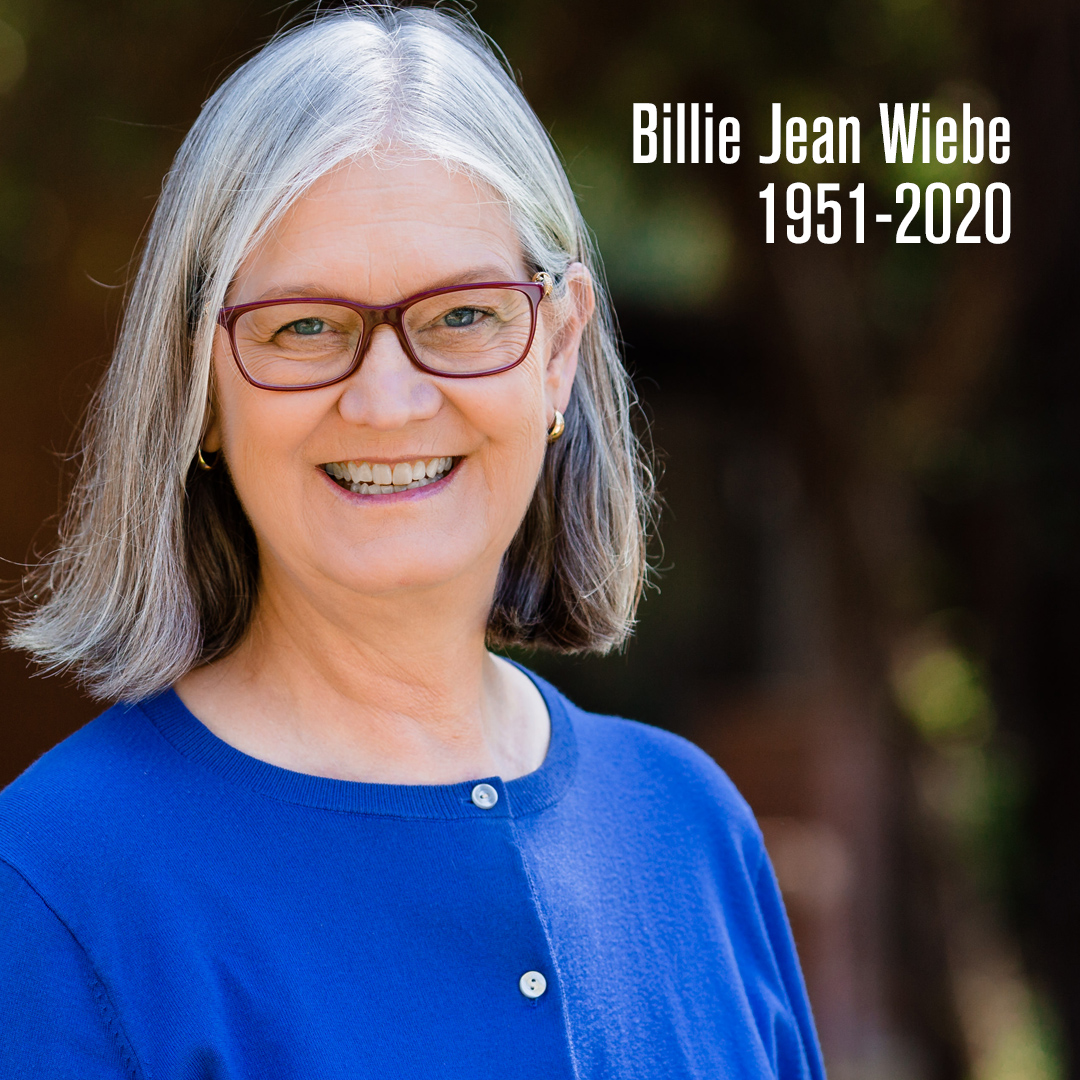 Bille with alumni and former Editor-In-Chief Leo Loera before the class of 2018’s graduation ceremony, which took place at the Selland Arena.

Adam Schrag and Billie Jean in front of the Bellagio fountains on November 21, 2015. They were in Las Vegas attending the National Communication Association convention.

Alumni Jorge Gutierrez-Marron (middle), along with Billie Jean Wiebe (left) and Adam Schrag (right) at the Selland Arena. This photo was taken after the graduation ceremony for the class of 2017.

In a series of interviews people were asked what 4 words describe Billie Jean; their words are below.